When many offices and downtown areas locked down early in 2020, entire workforces shifted to remote-working, with some employees leaving major cities to find more space at a lower cost, among other factors. But tech leaders believe the industry’s future success will rely on a balance between physical workspace and greater flexibility.

More than 800 industry leaders were surveyed for the latest KPMG Technology Industry Survey. 39% believe ‘hub’ cities including London, Singapore, and Tel Aviv will continue to play a vital role, enabling talent to coalesce and collaborate in communities with a solid digital infrastructure. Only 22% believe hubs are no longer important. The findings echo earlier research from the 2021 KPMG CEO Outlook pulse survey, which revealed 78% of tech leaders have no plans to downsize their physical footprint and only a quarter (26%) expect to hire predominantly remote talent in the future.

Alex Holt, Global Head of Technology, Media and Telecommunications at KPMG, said: “The success of the technology sector has outpaced most other industries during COVID-19, with many companies growing significantly since the start of the pandemic. This has advanced the perception that creativity and innovation can now happen literally anywhere as collaboration has gone more virtual and more global. However, a company still needs to be able to innovate, and the KPMG Technology Innovation Hubs report reveals that physical workplaces and innovation hubs remain a key component of technology companies’ strategies, although they may not be located around Silicon Valley.

“Engineering talent and intellectual property are the lifeblood of the tech industry, and retaining top talent is a strategic imperative. Employers know this and are striving towards flexible work arrangements, including permanent hybrid workforce models. As the workforce disperses geographically, new hotbeds of technically skilled workers will emerge.”

Industry insiders were also asked to rank cities around the world, outside of Silicon Valley, that they believe will flourish as technology innovation hubs in the next four years. The cities making the top 10 all had strong ecosystems in place before the pandemic, enabling them to emerge stronger – and potentially provide a real challenge to Silicon Valley – as the world prepares for a post-COVID recovery.

As Adela Ciucioi, Partner, Head of Technology, Media & Telecom, KPMG in Romania, adds: “One of the key lessons of this survey is that while Silicon Valley is likely to remain important, new tech hubs can be expected to emerge. Romania offers many opportunities to the technology industry and has much potential to emerge as a tech hub over the next few years. The country meets many of the criteria for tech hubs which were set out in the survey. It has many highly successful tech companies, a very good IT infrastructure- among the fastest in the world – and a talent pool of skilled IT professionals who can be drawn from the country’s top quality universities. Moreover, the IT industry is considered a priority sector and has benefited over the years from support measures. A greater focus on measures to support research and development is important to create a favorable environment for a high-value economy.”

There are a few movers to note in the top ten from last year’s survey. Seoul, ranked eight last year, dropped out of the top ten to tie for fourteenth this year while, Austin and Seattle, ranked eleventh and twenty-fourth respectively last year, moved up to share tenth spot in 2021. While Silicon Valley is known as the dominant region in global technology, only one third of leaders feel strongly that it will maintain its long-term innovation leadership position with an equal number believing it won’t.

“To the respondents that previously answered that physical hubs are very important, KPMG asked what the likelihood is that the technology innovation center of the world will move away from Silicon Valley to another location in the next four years. One-third (32 percent) feel strongly that Silicon Valley will maintain its leadership position over the next four years but, interestingly, the same number also strongly believe it won’t. Companies of different size have slightly divergent views on this. Thirty-eight percent of large technology enterprises think Silicon Valley will keep its leadership position but only 27 percent of small/start-up companies feel this way. Mid-market companies are in the middle at 32 percent. What’s apparent from our research is that tech leaders are listening to their people and shaping policies and views on their future strategies based on the needs and aspirations of their workforce and the benefits and challenges different working models create. The industry has a reputation for being at the forefront of new ways of working, and it’s my view that COVID-19 has simply accelerated that sense of innovation and progressive change. There is no one-size-fits-all approach and we’re already seeing some industry divergence. While there are some big unanswered questions about long-term workforce models, the sector seems to be embracing the opportunity to build a truly hybrid structure, combining the thriving ecosystems of tech hubs with the agility, balance and access-to-talent that remote working offers,” says Holt. 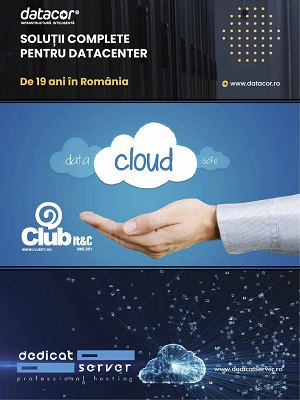 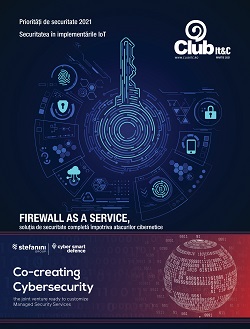